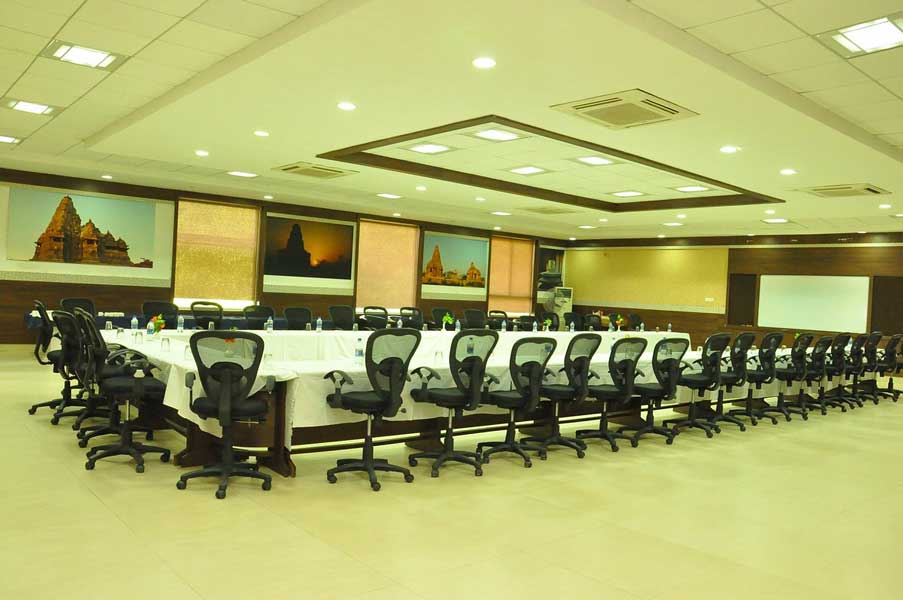 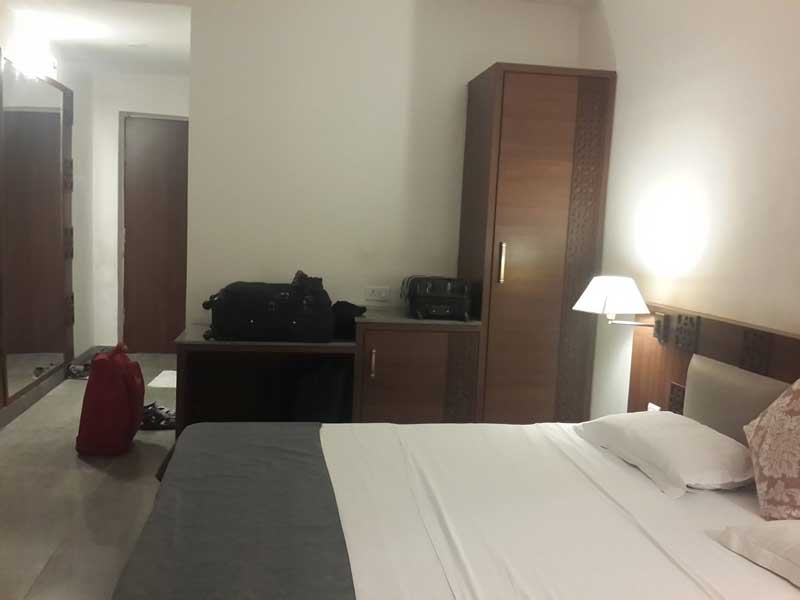 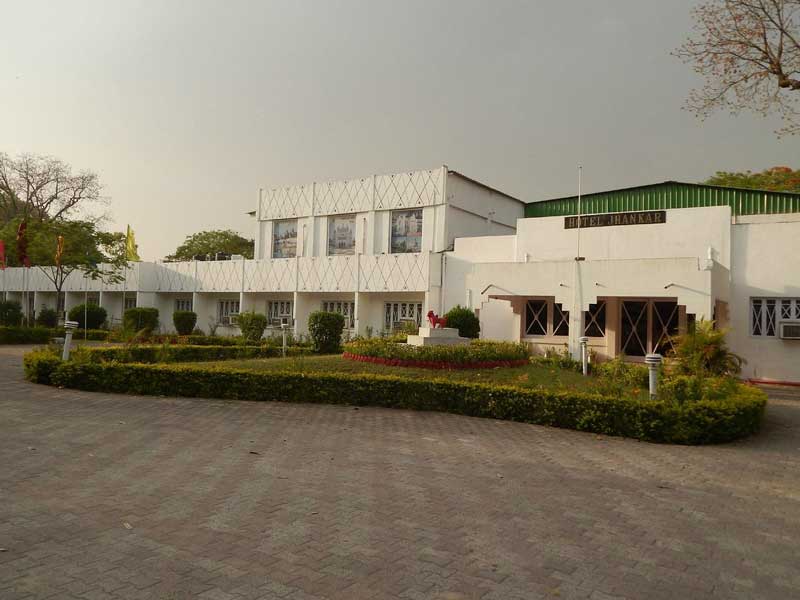 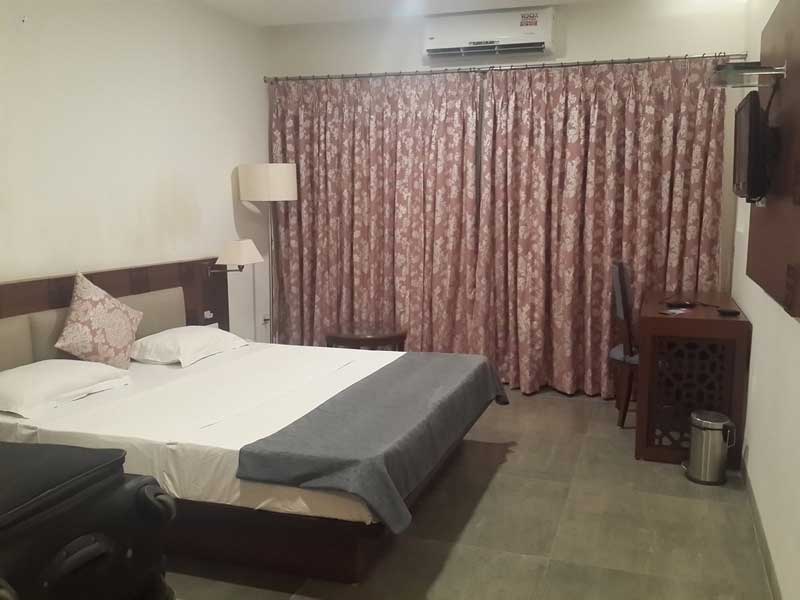 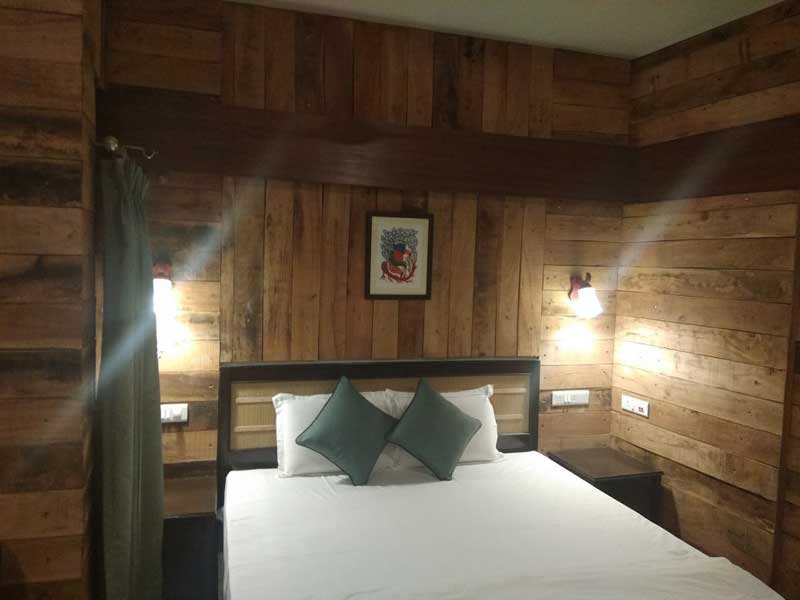 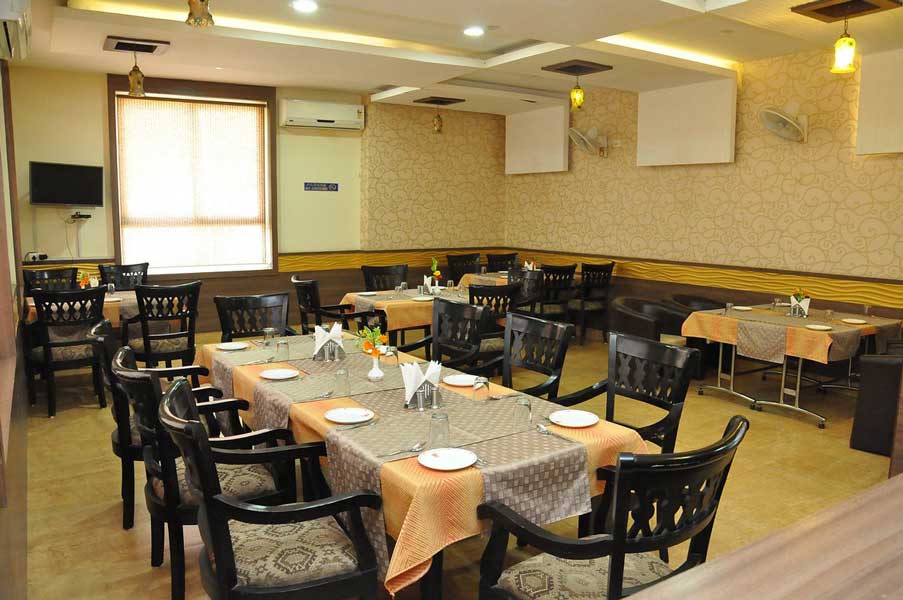 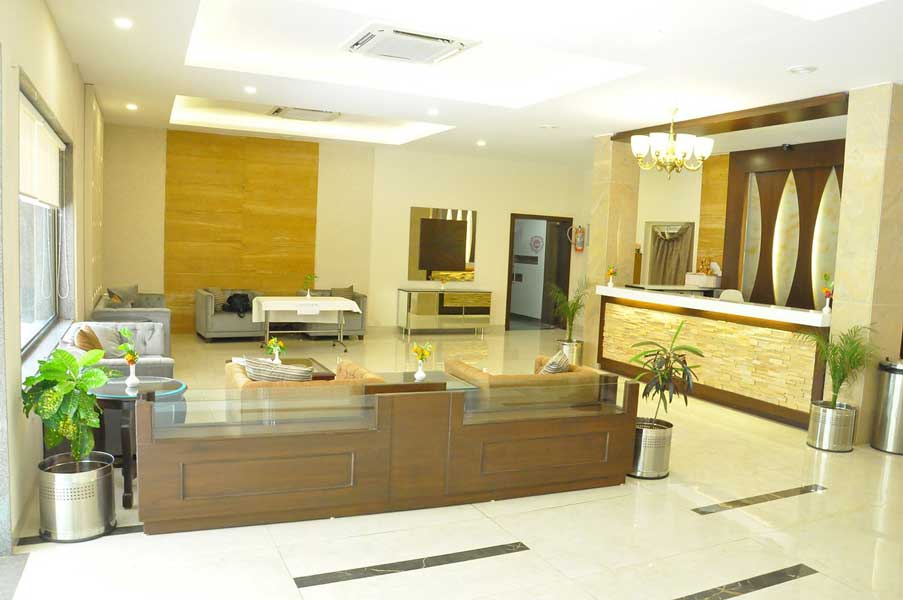 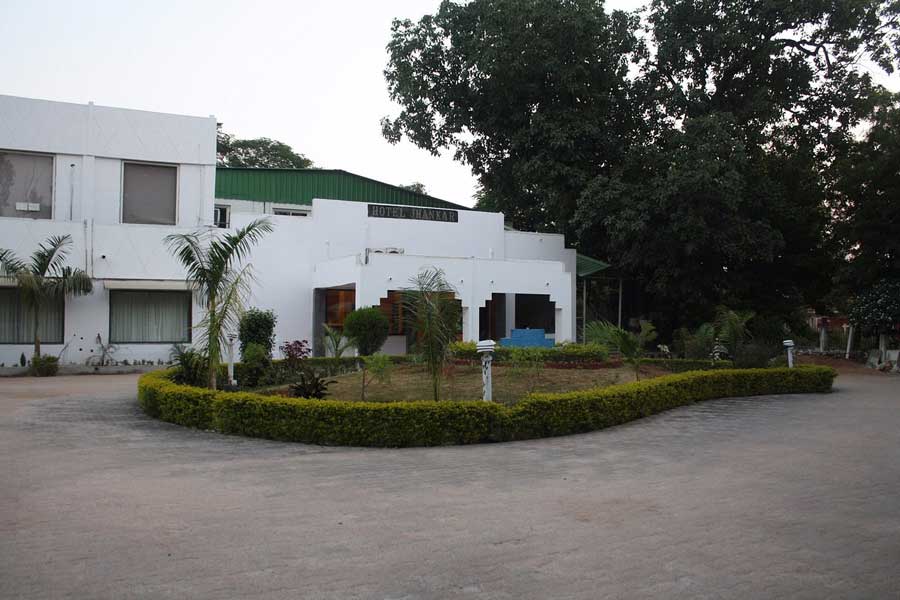 Highlights of the Hotel

Hotel MPT Jhankar Khajuraho is a family-friendly hotel that provides excellent amenities and good stuff for around Rs. 2500(variable) per night.

With around 19 comfortable and decent rooms, the budget hotel in Khajuraho is an excellent choice for visitors who are seeking a homely atmosphere.

Reviews and ratings are very good for the location, ambience, and the behaviour of the staff is pretty decent.

The Hotel is close to the tourist spot of the Western group of temples, which is a plus for this Hotel beside the amenities that it features. The 3-star Hotel is almost near the city centre with loads of other places nearby to explore.

The 3-star Hotel doesn't only have the homely services to serve its visitors. The Mpt Jhankar Khajuraho is situated in an exotic location from where most of the temples, which are declared as World Heritage, could be easily accessible.

The Kandariya Mahadev Temple, the largest temple in the Western group of temples located in Khajuraho, is one of India's best Hindu temples preserved from the ancient medieval period. The Chandela rulers constructed this temple where Lord Shiva was worshipped.

This tenth-century Hindu temple is located in Khajuraho, which is dedicated to Lord Vishnu.

The temple is entirely made up of Hindu temple architectural style, and goddess Lakshmi (who is considered the goddess of wealth), Brahma, and ten incarnations of Lord Vishnu are well depicted in the monument. The distance from the Hotel MPT Jhankar Khajuraho is only 15 minutes away on foot.

Devi Jagadambi Temple is a Hindu temple with the deity of Goddess Parvati. The temple is finely sculptured and ranges from the period of 10th to 12th century.

The distance from the 3-star budget hotel in Khajuraho is only 19 minutes away on foot.

This temple is another Hindu temple from the Chandela period. The deity of this temple is an avatar of lord shiva (Mangeshkar). The temple was built in the 11th century and is still worshipped.

This temple is simple in architecture as compared to the other temples of the Chandela period. The distance from the MPT Jhankar Khajuraho is around 12 min away on foot.

The Chitragupta temple, built around 1020 CE, has been declared as a Monument of National Importance. The design and the architecture is quite similar to that of Jagadambi Temple.

The deity in this temple is Lord Shiva.

The distance from the hotel is around 17 minutes away on foot.

As everyone likes to have delicious treats for their taste buds, the Hotel is equipped with an on-site restaurant and lounge. Some other quality restaurants nearby the hotels in Khajuraho are also mentioned below

This multi-cuisine restaurant provides a cultural theme of Bundelkhand art. This restaurant serves a variety of cuisine, including Asian, Indian, North Indian, Tandoori, and Bengali cuisine. This is one of the best restaurants to visit if anyone wants to feast in an ambient location. The staff are professional. The pleasant taste of the food in this restaurant makes this restaurant famous in Khajuraho. The distance is only 0.6 km from hotel MPT jhankar Khajuraho.

This restaurant is one of the most popular restaurants in Khajuraho. The food, service, value for money, and ambience are extremely good. This restaurant serves Italian cuisine and can also serve vegan and gluten-free food

be it breakfast, lunch, or dinner, which is one of the finest restaurants to eat from, and it is only at a distance of 1 km from the Hotel Mpt jhankar Khajuraho.

Since 1978, this restaurant known for its big meals, quality and quantity is another fine place to satisfy your hunger. It features dine-in and takeaway of a cafe, Indian, European and international dishes. This restaurant is only 1.2 km away from the Hotel

This restaurant offers Indian, Vegetarian cuisine. This temple is situated near the western group of temples. This restaurant is a must-visit with nice staff behaviour, good food, quick service, and excellent taste. The distance of this restaurant from the 3-star Hotel in Khajuraho is only 1.2 km. 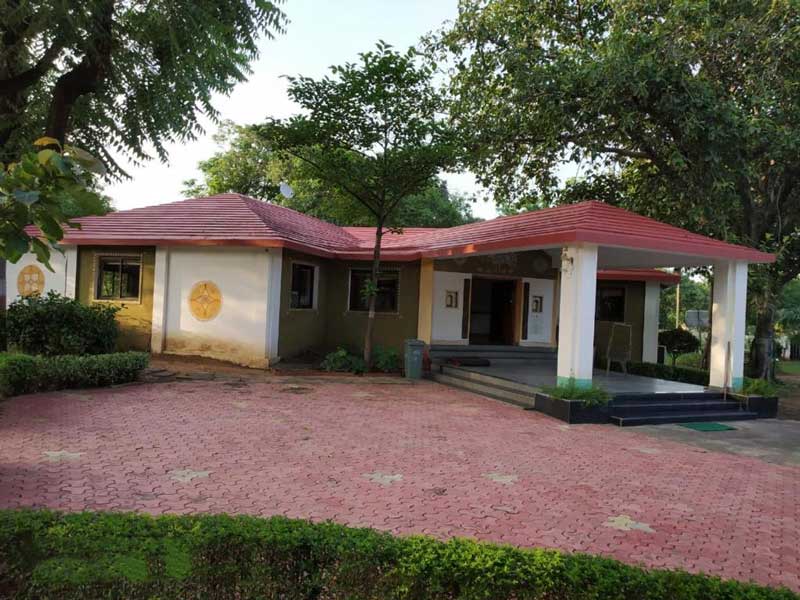 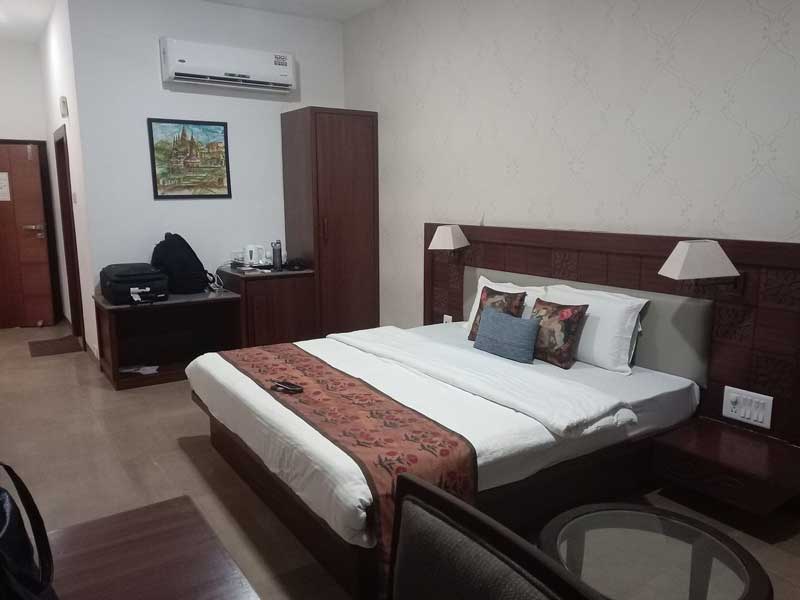 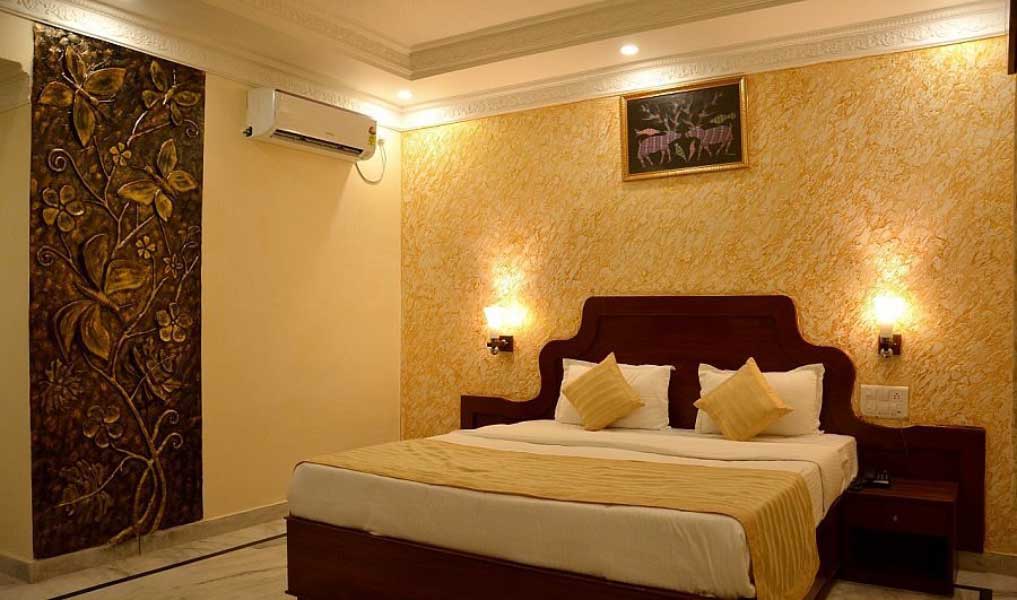